Reshaping Reality, how LiDAR and AR Can Make us Forget our Mobile Devices for Good

The first three industrial revolutions have changed the course of history and the world itself, over the past decades we have inevitably been approaching the fourth, the digital revolution, which is formatting the landscape of our lives yet again. With 2020 posing great challenges for many, businesses have changed the pace at which they incorporate technology, to remain competitive and digitally savvy. This adaptation is not necessarily driven by the appearance of new technology, and is more often caused by the widespread use of the existing one.

LidAR is one of such technologies that has started developing in 1960th and has grown rapidly in the past two decades with numerous industrial and commercial implementations. LiDAR (Light Detection and Ranging) — a revolutionary method for accurately measuring the properties of objects, performs its function by emitting rapid pulses of infrared light in a catenation, that is then reflected on the sensor. The information is then used to create a 3D model of the object detected by the sensor, which enables LiDAR to make precise geospatial calculations.

This unique ability, along with its superiority to its older cousin radar (which has a longer range but falls short on accuracy) has already earned LiDAR a place in fields such as agriculture, archeology, environmental sustainability, automation and manufacturing where it performs a broad variety of tasks, from calculating the number of leaves on a tree to detecting polluted particles in the air. Top automotive manufacturers are rushing to be the first amongst competitors to implement LiDAR technology into mass production of the new generation of self-driving cars, aiming to sweep away their share of the future 1.33 billion autonomous vehicles market.

Though LiDAR technology has been around for quite a while now, it is about to enter a whole new chapter following its increased implementation into the Augmented Reality field, and is projected to more than double from 2020 and reach 2.8 billion USD by 2025 worldwide. With its pinpoint precision and considerable speed, it is hardly surprising that LiDAR has become the subject of interest for tech giants, with many companies concentrating on the autonomous vehicles sector, working on strategies to take on the role of Tier 1 technological suppliers for global enterprise.

LiDAR implementation into mass consumer items has been brought into the limelight when Apple implanted a LiDAR sensor into its latest iPad. iPad Pro features a LiDAR laser and scanner that enhance the preexisting AR capabilities on iOS. Owing to the usage of lasers, this new addition enables the camera to generate a clear image without having to rely on sufficient lighting conditions. The result — improved occlusion for the iPad’s AR features, with more precise estimations of distance.

“LiDAR is the first measuring and 3D scanning tool that is available to mass consumers through mobile devices. Accessibility to this technology will increasingly enable smartphone users to contribute to the creation of a digital copy of our world and enhancing physical objects with AR digital capabilities and data.”

What’s more, the initialisation time is almost immediate, allowing for robust image tracking and minimal drift. The iPad also includes a measuring tool feature that can calculate the height, length, and width of an object in a matter of seconds, with surprising accuracy. But perhaps its most impressive feature is its 3D scanning addition. Users can regenerate a near-identical image of a space or object on their screen by first using the iPad to capture the target area from every angle, which is one of the features that Apple has been developing in order to make AR the key element of all of its future apps. The program converts the data into a digital mesh, which is then recreated on the device screen in 3D form, making future integration of AR universal for any iPad app.

May 2020 has brought us an unconventional collaboration of Apple and luxury sports car manufacturer Lamborghini, hosting a virtual unveiling of the Huracan EVO RWD Spyder. Fans downloaded an app on their iPhone or iPad that enabled them to view intricate virtual simulations of a life-size Lamborghini, all from the comfort of their living rooms. Though the project took place before the release of Apple’s LiDAR-equipped iPhone 12, and did not include the remarkable features that the nascent technology has to offer, it is an example of just the type of experience of how mass consumers can benefit from the implementation of LiDAR.

As far as audacious experimentation with LiDAR goes, Apple so far has taken the cake, integrating LiDAR scanners into four of its newest products. And this is just the beginning — the much-anticipated Apple Glasses will allegedly contain a LiDAR scanner instead of a camera, setting to revolutionize the future development of Augmented Reality glasses.

With similarly ambitious projects underway, it is only a matter of time before the words ‘AR’ and ‘LiDAR’ become a part of our daily vocabulary.

"The first company that will bring AR glasses to mass consumers, be it Apple AR Glasses or any other AR headset, will forever change the future of mobile devices, making us forget the gadgets we were once so attached to, driving users to apply AR technology on daily basis. It will accelerate the technological revolution and fundamentally change the way we experience life, interact with the world, work, learn and communicate with each other."

In the end, such unavoidable shift from simple digitization to AR and Spatial Technologies based disruptive innovations (the Fourth Industrial Revolution) are forcing companies to reconsider their business models, challenge their operating teams assumptions and review marketing approaches on how to communicate with the consumers. The technology companies like Lucid Reality Labs help enterprise management to highlight the changing trends, understand technology opportunities, evaluate return on AR solutions investment and continuously innovate through integrating AR to grow sales, improve performance and customer satisfaction. 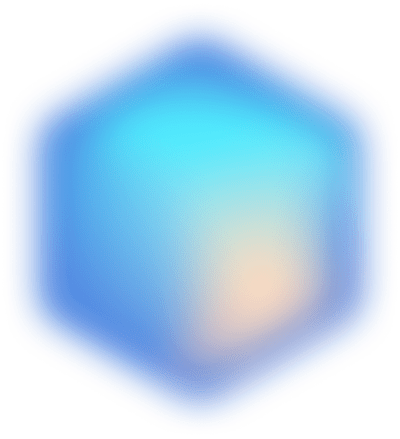